Learn about  ·  The Alhambra

They are outside the walls of the Alhambra and were at the time an important farm, with several orchards and farm recreation of the sultans.

The existing building was very unique with regard to similar buildings in other almunias, as more than a house of rest it is a Palace.

This huge space is divided into various gardens and farmland situated on terraces and are the prelude to the magnificent building which is Generalife Palace, called ‘garden of the architect’.

New gardens: space that connects the Alhambra with the Generalife allowing the ordered access to farmland and buildings. We can also find here an open air theatre that welcomes every summer since 1952, the International Festival of music and dance of Granada.

Orchards: farmland used to cultivate agricultural products for the enjoyment of the Court. It is currently still cultivated and there are plantations programs with schoolchildren.

The Generalife Palace: consisting of a building with a large courtyard with ditches and gardens.

Courtyard of the Acequia (irrigation ditch): it is a courtyard of cruise with landscaped gardens on the sides, chaired by a longitudinal channel through which runs the Royal Dike and cross pumps.

Courtyard of the Cypress of the Sultana: a space modified by the successive holders of the same. Water is a central element, which manifests itself in a great U -shaped pool with thirty suppliers.

High gardens: garden areas in forms of paratas or terraces serving as upper limit of the residential area of the Generalife and separated it from the surrounding forests.

Staircase of water: it is distributed in four sections with three intermediate rest areas. It is flanked by laurels and offers to the visitors a unique freshness the hottest months. Its particularity lies in the two channels of water in the form of handrails, one at each end of the ladder.

Oleanders Walk: it is the last leg of the space of the Generalife which is visited, according to the natural order of visit. It is composed of a domed structure covered by the climbing plant which gives its name. 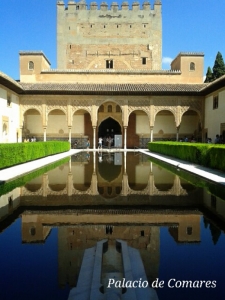 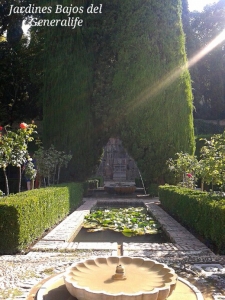 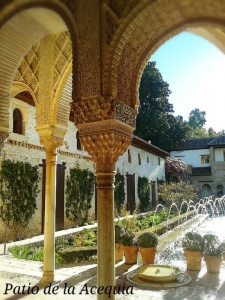 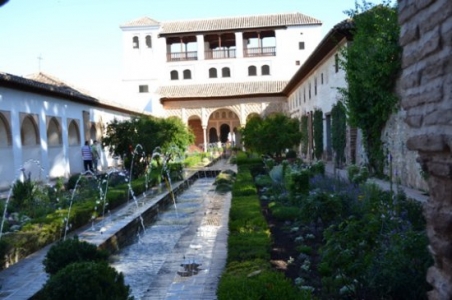 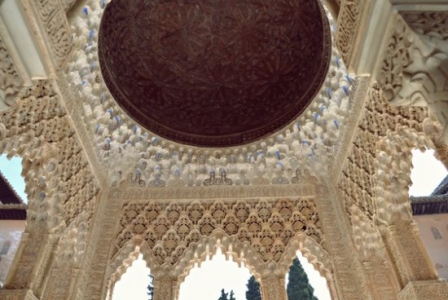 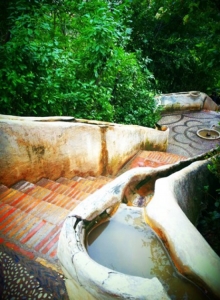 Palace of Charles V
Next Article

[ONECLIK GRANADA S.L.] has been a beneficiary of the European Regional Development Fund whose objective is to promote research, technological development and innovation, and thanks to which it has [TECHNICAL FEASIBILITY STUDY] to support the creation and consolidation of innovative companies. [29/03/2021]. To this end, it has had the support of the InnoCámaras Programme of the Granada Chamber of Commerce.