Completed towards the end of Muslim rule of Spain by Yusuf I (1333–1353) and Muhammed V, Sultan of Granada (1353–1391), the Alhambra is a reflection of the culture of the last centuries of the Moorish rule of Al Andalus, reduced to the Nasrid Emirate of Granada. It is a place where artists and intellectuals had taken refuge as the Reconquista by Spanish Christians won victories over Al Andalus. The Alhambra integrates natural site qualities with constructed structures and gardens, and is a testament to Moorish culture in Spain and the skills of Muslim, Jewish, and Christian artisans, craftsmen, and builders of their era.

The literal translation of Alhambra, red fortress, reflects the color of the red clay of the surroundings of which the fort is made. The buildings of the Alhambra were originally whitewashed; however, the buildings seen today are reddish.

The first reference to the Qal‘at al-?amra was during the battles between the Arabs and the Muladies (people of mixed Arab and European descent) during the rule of the ‘Abdullah ibn Muhammad. In one particularly fierce and bloody skirmish, the Muladies soundly defeated the Arabs, who were then forced to take shelter in a primitive red castle located in the province of Elvira, presently located in Granada. According to surviving documents from the era, the red castle was quite small, and its walls were not capable of deterring an army intent on conquering. The castle was then largely ignored until the eleventh century, when its ruins were renovated and rebuilt by Samuel ibn Naghrela, vizier to the emir Badis of the Zirid Dynasty of Al Andalus, in an attempt to preserve the small Jewish settlement also located on the Sabikah hill. However, evidence from Arab texts indicates that the fortress was easily penetrated and that the actual Alhambra that survives today was built during the Nasrid Dynasty.

Ibn Nasr, the founder of the Nasrid Dynasty, was forced to flee to Jaén to avoid persecution by King Ferdinand III of Castile and the Reconquista supporters working to end Spain Moorish rule. After retreating to Granada, Ibn-Nasr took up residence at the Palace of Badis in the Alhambra. A few months later, he embarked on the construction of a new Alhambra fit for the residence of a sultan. According to an Arab manuscript since published as the Anónimo de Granada y Copenhague,
This year, 1238 Abdallah ibn al-Ahmar climbed to the place called the Alhambra inspected it, laid out the foundations of a castle and left someone in charge of its construction…
The design included plans for six palaces, five of which were grouped in the northeast quadrant forming a royal quarter, two circuit towers, and numerous bathhouses. During the reign of the Nasrid Dynasty, the Alhambra was transformed into a palatine city, complete with an irrigation system composed of acequias for the gardens of the Generalife located outside the fortress. Previously, the old Alhambra structure had been dependent upon rainwater collected from a cistern and from what could be brought up from the Albaicín. The creation of the Sultan’s Canal solidified the identity of the Alhambra as a palace-city rather than a defensive and ascetic structure.

The Muslim ruler Muhammad XII of Granada surrendered the Emirate of Granada in 1492 without the Alhambra itself being attacked when the forces of Los Reyes Católicos, King Ferdinand II of Aragon and Queen Isabella I of Castile, took the surrounding territory with an overwhelming force of numbers. 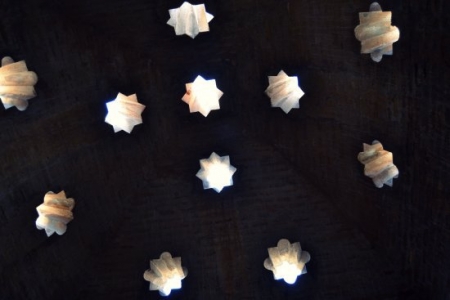 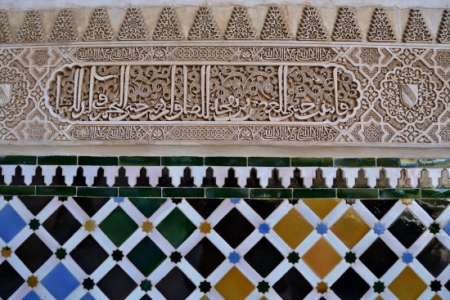 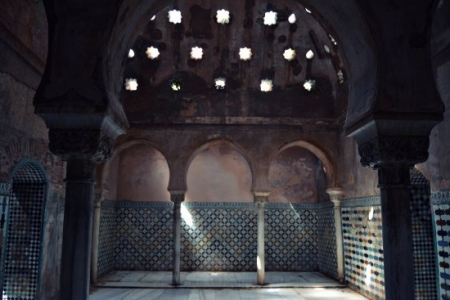 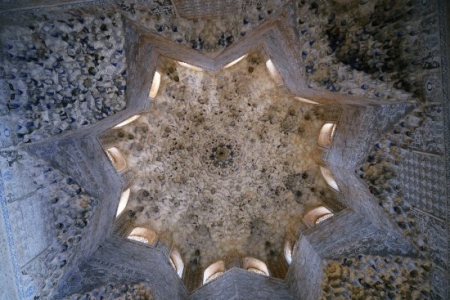 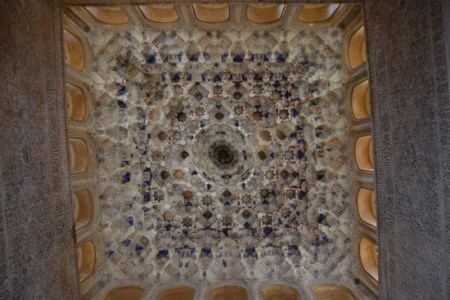 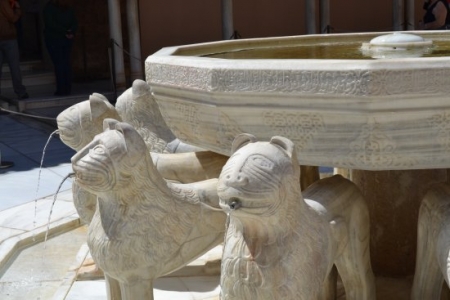 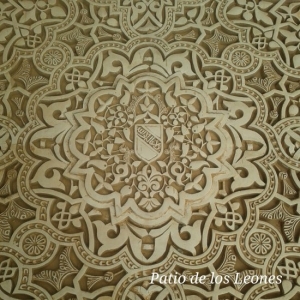 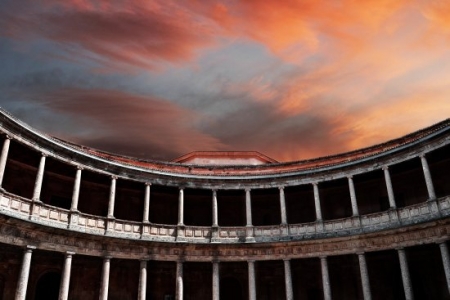 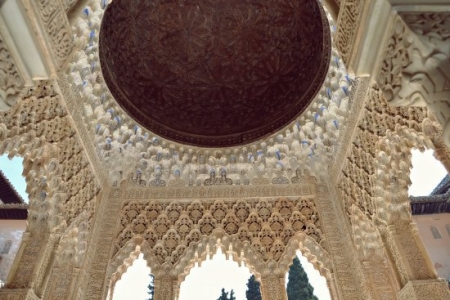